Mr. Stringer has been active in the PACE market since 2015, where he led the development of the PACE Wisconsin program and provided guidance on best practices for PACE programs throughout the country. In his previous role as Director of Business Development for Slipstream, he approved and closed 38 PACE projects in Wisconsin and Illinois and oversaw assessment administration, direct billing and invoice remittance for approximately $45 million of PACE financings.

“We are thrilled to have Jason join our team,” commented Mark Pikus, president of Inland Green Capital. “He brings more than 20 years of experience in real estate project finance, project development, municipal relations, sustainability and PACE program administration to this role, and his expertise will be valuable in the expansion of Inland Green Capital’s PACE program financing initiatives.”

Mr. Stringer earned his bachelor’s degree from Michigan State University and a master’s degree in real estate and urban land economics from the University of Wisconsin – Madison.

Inland Green Capital LLC is an environmental finance and investment company that provides capital for energy efficiency solutions for its Borrowers using PACE and other funding tools throughout the country. For more information about Inland Green Capital, please refer to the company website at www.inlandgreencapital.com.

Inland Green Capital specializes in mid-range C-PACE loans and retroactive financing. Although there has been an increase in PACE activity with hospitality properties, this is Inland Green Capital’s first deal in the Colorado market.

“While Inland has provided PACE financing nationwide for years, this is our first Colorado project. We are thrilled to be part of one of the most successful PACE programs in the country and look forward to many more Colorado-based projects in the future,” said Jason Stringer, vice president of business development of Inland Green Capital.

PACE is an innovative financing tool that provides long-term, fixed-rate funding to private building owners for energy efficiency, renewable energy, water conservation, electric vehicle charging and resiliency projects to be installed in both existing or new commercial properties. To date, the PACE program has provided financing for over 2,500 commercial projects, totaling $2 billion in funding and has created nearly 22,400 jobs nationwide.*

Inland Green Capital LLC is an environmental finance and investment company that provides capital for energy efficiency solutions for property owners using PACE and other funding tools throughout the country. Established in 2012, Inland Green Capital is a member of The Inland Real Estate Group of Companies, Inc., one of the nation’s largest commercial real estate and finance groups. For more information about Inland Green Capital, please refer to the company website at www.inlandgreencapital.com.

The Better Business Bureau of Chicago & Northern Illinois (BBB) is honored to announce this year’s award winners and new board members activated at its 92nd Annual Dinner held on Thursday, March 7, 2019 at the Swissotel Chicago. With over 600 attendees, the event featured the globally acclaimed Dev Patnaik, CEO of Jump Associates and one of the leading voices for Conscious Capitalism, as the keynote speaker.

Jump Associates is a strategy and innovation firm that works with some of the world’s most admired companies, including GE, Nike, Target and Virgin. Dev is a frequent speaker at business forums, and his articles have appeared in numerous publications, including Businessweek, Forbes, and Fast Company, and is the author of the widely acclaimed book “Wired to Care.”

Distinguished awards that were presented include:

Torchbearer of the Year Award to Daniel Goodwin. As Chairman and CEO of The Inland Real Estate Group of Companies, Inc., Dan oversees a business that specializes in creating, developing and supporting separate real estate investment and financial companies. His passionate focus on ethics in business led to The Inland Real Estate Group of Companies winning the coveted Better Business Bureau Torch Award for Marketplace Ethics three times in the last eight years.

“All of our award recipients exemplify the goals and principles of the Better Business Bureau to support and foster an ethical marketplace benefiting both consumers and businesses,” says Steve J. Bernas, president & CEO of the BBB.

The dinner also included the addition of several top business leaders to the Board of Directors. In alphabetical order they are:

Other major announcements at the Annual Dinner included: 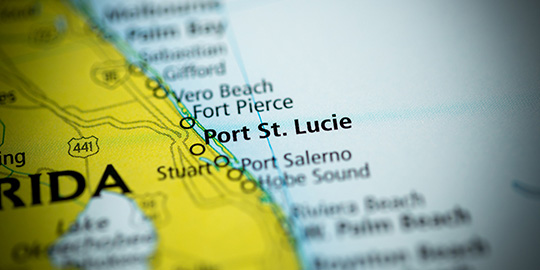 Inland Green Capital LLC, in collaboration with Solar and Energy Loan Fund (SELF) and the St. Lucie Board of County Commissioners, provided capital for three PACE transactions in the city of Fort Pierce.

A 3,344 SF retail center utilized PACE as a financing tool for energy-efficiency upgrades to doors, windows, hurricane shutters, an improved HVAC system, and roof. A 1,076 SF residential building received financing to improve the outdated HVAC as well as the roof and windows. Additionally, Inland Green Capital provided PACE capital for a 20,000 SF commercial building which will be used to update lighting and its existing HVAC system.

Through the use of PACE financing, all Borrowers had no upfront costs related to the improvements. Due to PACE being a land-secured assessment, repayment is structured over time as part of the buildings’ annual tax bill and not an obligation of any person. 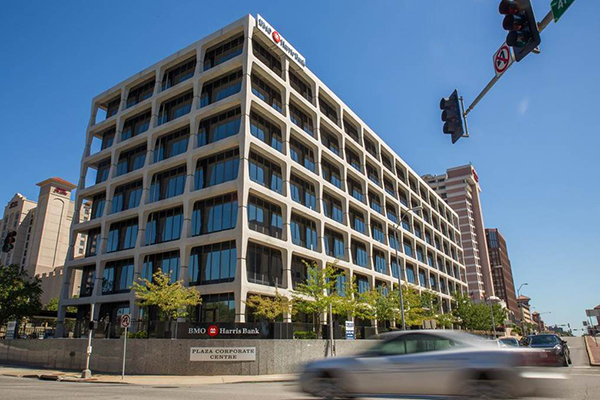 Through the use of PACE financing, the Borrower receive 100% financing for the costs and will repay the total amount through a special assessment which is part of the property’s real estate tax bill. The repayment will span over 15 years and stays with the property. PACE financing required no personal liability for the repayment.

“Programs like PACE are making it more convenient than ever to upgrade real estate properties with environmentally-conscious features,” said Mark Pikus, senior vice president of Inland Green Capital. “The program provides financing for commercial property owners looking for ways to upgrade their property with such improvements.”

PACE provides upfront financing through local and state government and is repaid by a special assessment that is part of the real estate taxes, potentially spanning 20 years. Since the security is in the form of a special assessment, the PACE financing runs with the property. Inland Green Capital has invested in PACE by funding PACE projects and assisting program administrators with start-ups and expansions. Inland Green Capital is an approved capital provider for many PACE programs throughout the country.

Inland Green Capital LLC is an environmental finance and investment company that provides capital for Property Assessed Clean Energy (PACE) project initiatives throughout the country. For more information about Inland Green Capital, please refer to the company website at www.inlandgreencapital.com. 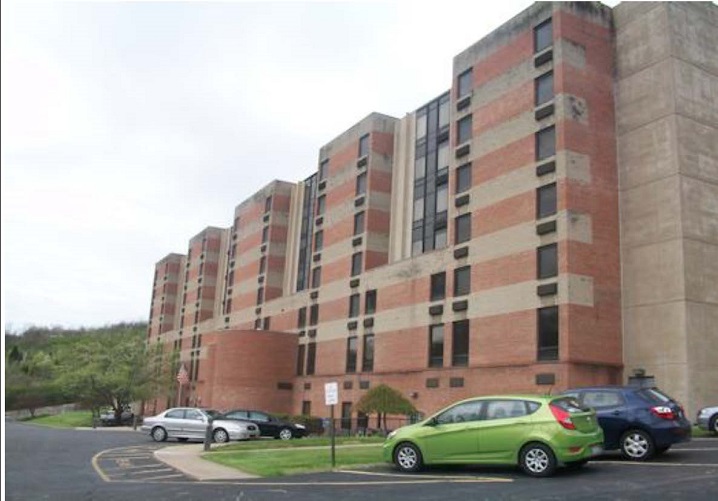 Inland Green Capital LLC, through the Greater Cincinnati Energy Alliance, made history by providing capital for the first PACE transaction in the state of Kentucky. Ivy Knoll Senior Living Community in Covington became the first private property owner to have received 100% financing in the amount of $784,236, enabling the 7-story, all electric building to benefit from several energy-efficient improvements. These benefits will include solar panels, automated heating and cooling for each of the residents’ units, and LED lighting throughout.

By using PACE financing, Ivy Knoll was able to borrow 100% of the costs and will repay the amount as a voluntary special improvement assessment on its property tax bill, which runs with the property and not with the individual property owner.

Additionally, because of its flexible capital, Inland Green Capital was able to provide interim, unsecured financing to the property owner to commence the renovations pending the closing of the ultimate PACE transaction, without the typical underwriting parameters of a conventional banking source. PACE financing did not require any personal guaranty!

The successful completion of the first PACE transaction in the state was largely due to the collaboration and expertise brought on by Greater Cincinnati Energy Alliance as the program administrator.

Inland Green Capital LLC, in collaboration with PACE administrator, Samas Capital, provided a $492,052 PACE bond to facilitate the funding of solar panels on a 28,093 SF, two-story office building in Anaheim, California. The financing funded 100% of the costs of the transaction.

The PACE financing was provided up-front and will be funded as the construction/ installation progresses for the improvements. The loan will be repaid in the form of a special assessment on its tax bill over 10 years. The amount owed is secured by the property with no personal guarantees of any kind.

Samas Capital was able to coordinate the local contractors, while Inland Green Capital provided the necessary capital allowing the building to proceed with the energy efficiency enhancements.

Inland St. Lucie PACE, LLC, a subsidiary of Inland Green Capital LLC, with the collaboration of SELF (Solar and Energy Loan Fund), has provided capital for the financing of the installation of clean energy improvements at Adams Ranch in Fort Pierce, FL. The two-parcel property, totaling 234 acres, has gone through the St. Lucie Property Assessed Clean Energy program to install solar water heaters. These updates will allow for vast energy saving benefits and also make the local property owner one of the first to take part in this new program in St. Lucie County.

The St. Lucie PACE program provides easy access to financing an array of clean energy projects for commercial properties with no up-front capital necessary from the borrower. SELF helps administer the program throughout the St. Lucie County area. With improvements such as HVAC, solar panels, hurricane protection, and water mitigation being offered, energy-saving sustainable improvements have become more readily available for commercial owners than ever before.

SELF and Inland Green Capital Speak at the Economic Development Council of St. Lucie County Luncheon

SELF and Inland Green Capital Speak at the Economic Development Council of St. Lucie County Luncheon

Port St. Lucie, Florida- With green initiatives being a hot topic in Florida, Doug Coward and Duanne Andrade of the non-profit Solar Energy Loan Fund (SELF) and Mark Pikus of Inland Green Capital LLC took the time to present the many benefits of incorporating energy efficiency and renewable energy features in commercial real estate and how to finance them through Property Assessed Clean Energy (PACE)

St. Lucie County and SELF recently launched a PACE financing program in August 2014, which offers commercial real estate property owners upfront financing for green projects such as renewable energy, wind mitigation and water conservation. Capital for the program is funded by Inland Green Capital and is repaid through a voluntary assessment on the real estate that is repaid over time as part of the annual property tax bill. The program encourages green initiatives, reduces operating costs, stimulates the local economy through the use of community contractors, as well as promotes sustainability in the real estate industry.

Oak Brook, IL- Inland Green Capital LLC is pleased to announce its collaboration with the Los Angeles County Property Assessed Clean Energy (PACE) Program to be the capital provider for two of its PACE bonds in southern California. Both transactions were finalized during fall of 2014.

The Pomona Masonic Lodge, located in Pomona, CA, was the first bond purchase. The 15,648 SF building will be utilizing the funds to construct a 20 kW Solar Photovoltaic (PV) Array System on its rooftop. This solar panel system will allow for reduced utility costs and electric energy consumption.

Both transactions for these commercial PACE projects were brought to Inland Green Capital by Structured Finance Associates, a provider of financing for real estate property owners for energy efficiency capital expenditures.